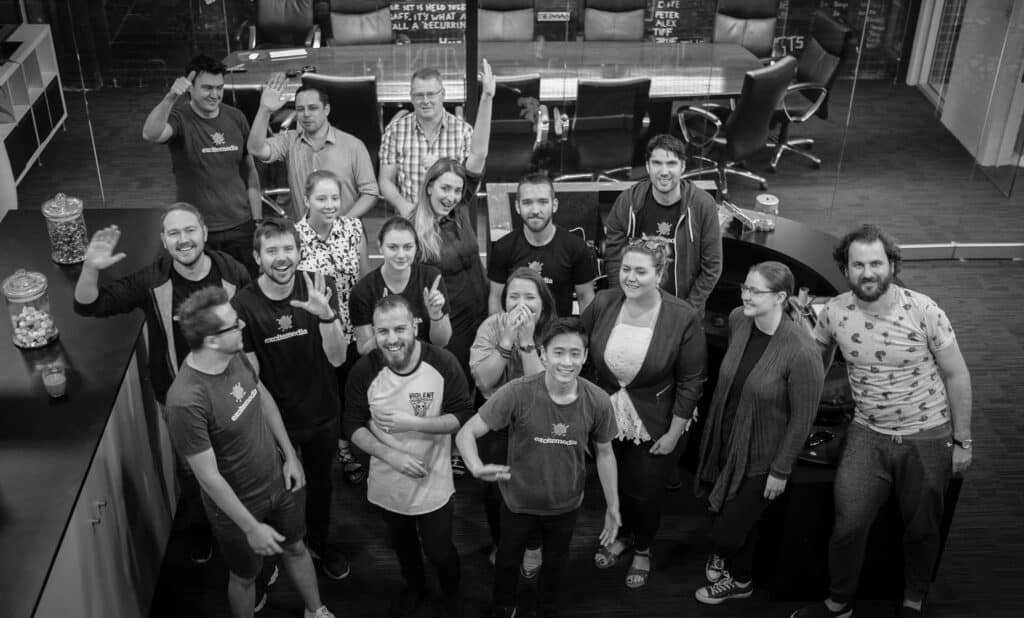 Well, Excite Media followers, the end of the year is nigh. Nerf Gun wars have progressively started to dominate our lunch times (the arms race in the office is a serious threat) and Christmas Carols have slowly infiltrated the office playlist.

2016 has, arguably, been the biggest year for Excite to date! We’ve kicked goals, broken down doors and have started achieving our business dreams. Speaking of which, we’ve seriously begun ticking off some big ticket items for our 20/20 vision! A 19-point plan that is basically our framework for success. You wouldn’t blame us for being a tad sceptical that we would finish the year with a high success rate. But, hey, we’re just a bunch of over-achievers.

We don’t want to brag (maybe we do, a little bit) but we have nailed almost every single point. Slam-dunked, hit the jackpot, or in the simple words of Rebel Wilson: crushed it. Again, not to brag.

To celebrate, we’ve pulled all our achievements into this infographic, because we thought it would be something a web design and marketing company should do.

Walking into 2016, we were home to a whole 22 Excite Media peeps. We were hoping on growing the sales team a little, bringing on one or two new digital marketing managers, some more support and or design champions.

Come into our brand new office (another goal: check) and you’ll now find 42 of us.

Our growing team has sent 3,213 invoices this year, and our monthly WebIQ revenue has doubled! It’s not all about the money here, as our killer team attest to after launching 116 websites this year – that’s almost one every three days. September was our most hectic month with 31 projects launching in 30 days. *fist-bump for all our Project Managers*

We pride ourselves on having happy customers when websites launch and marketing campaigns go live – and also continuing that relationship after it officially “ends”.

We set ourselves the pretty high aim of a 9/10 overall satisfaction rating from clients, measured from random phone call surveys. Our Happiness Captain, Elodie, has spent the last few months calling our clients to gauge whether we hit the mark. 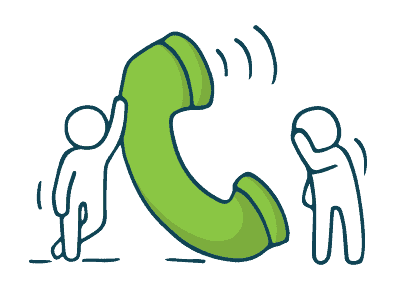 Spreading our wings in the wild world

Pushing ourselves into the social media sphere has been a priority for the team this year too. We even hired a cool dude called Pete – our personal social media whiz. Thanks to his expertise, and the never ending #TGIF jokes from Matt, we managed to crack 700 ‘likes’ on Facebook

The same goes for LinkedIn, where we gained 84 followers. We didn’t even have a plan for LinkedIn at the beginning of the year, but we made a concentrated focus on it late in the year and the lo and behold we pulled it off.

In the real world, we moved even farther afield. Literally. After being in our humble office(s) in Chapel Hill for seven years, we were barely fitting in those four walls anymore. With much heartache and none too many tantrums, we packed our desks and moved across from Suncorp Stadium to the heritage-listed La Boite Theatre. Not only does it fit us now, but we also have the ability to listen to live concerts for free. Win-win.

Nathanael has always believed that the best way for Excite Media to deliver quality results for clients is to make sure our team are happy. And there are a few ways we get the job done…

To compensate for facilitating their mild beer addiction, Twig’s Health Heroes is now a thriving enterprise with 109 out of 156 objectives ticked off. So far, Matt and Polina have been honoured with a trophy featuring Twig’s face, congratulating them on their achievements.

“41,743 snacks consumed some healthy, others questionable…” 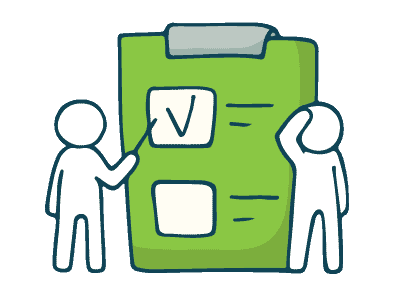 Our lunch menu has been completely refreshed, with plenty of healthy and delicious snacks now available for consumption. 41,743, to be precise. Thanks to the wonderful, Derek, we are now the proud growers of a flourishing herb garden. Take your pick from basil, parsley, sage, mint, chives or rosemary. If you want it, we’re probably growing it.

We also couldn’t fail to mention the enormous number of birthday cakes we have devoured over the year. Thanks to Robin at Little Birdy Cakes, we hit our highest number of cakes consumed in just one month at 9! Thank goodness for Twig’s Health Heroes, which made us feel less bad about it.

Shaq ain’t got nothing on us!

The move to the new office has definitely triggered a new obsession: office basketball. While a few Exciters may think they’re ready to join the NBA (we’re looking at you, Chris) our stats tell a different story. Almost shooting 6,000 times, our entire team has managed to make just over 250. That’s an abysmal four percent accuracy rate, folks.

Best stick to your day job Chris, whatever that is… There’s a reason we’re in the business of making websites.

We could go on for the rest of 2016 about how great this year has been, but you know, we’ve got Christmas parties to attend and  work to be done. It’s been a pleasure, as always.

See you in the new year, Exciters!

Going the Distance for our Remote Clients