The Google May 2020 Core algorithm update has finished “rolling out” 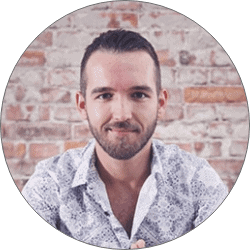 This morning, Google confirmed that they have now finished rolling out the May 2020 Core update.

Previously, we reported that Google started rolling out the update on at the beginning of May.

Well, now it seems they have finished the update after they made this announcement on Twitter.

The May 2020 Core Update rollout is complete.

By now, you should be able to see if this Core update has had an impact on your rankings (either positively or negatively).

Important: Don’t just consider your traffic volume. Sometimes a Google update means you’re ranking lower for less relevant terms but higher for more relevant terms. So, it’s not uncommon to see traffic levels drop and yet the same (or more) conversions coming through your website.

If your enquiry levels haven’t dropped but your traffic volume has, you’re still in a great position.

One of the largest updates since 2018

The SEMRush sensor tracking tool showed a score of 9.4 (out of 10). For context, the January update was around 8 out of 10.

Here’s the breakdown from SEMRush.

Social media and SEO forums have been in a frenzy about the recent updates, with some people claiming to have lost over 90% of their organic traffic from Google.

I started seeing massive declines about 2 hours ago. I can’t find my site for any of the keywords I was tracking that were doing well. This is real bad and could not have come at a worse time.

Others claim to have seen a large increase.

My site with barely any content and very basic SEO is getting 50% more traffic after the update. Thank you Google.

What to do if you’re negatively impacted

Unfortunately, it’s not black and white. Even if you are negatively affected, it doesn’t mean there’s anything wrong with your website. Google can have various other reasons to rank another website above your own.

Google have provided a list of questions to consider if your website is negatively impacted by a core update.

The best thing you can do is ensure you’ve considered all the questions provided by Google in the article above, and that you continue to develop and produce the best content you can. The Google algorithms seek to reward websites that offer valuable content to their audience.

Here’s a statement from Google that may help provide some context:

“One way to think of how a core update operates is to imagine you made a list of the top 100 movies in 2015. A few years later in 2019, you refresh the list. It’s going to naturally change. Some new and wonderful movies that never existed before will now be candidates for inclusion. You might also reassess some films and realize they deserved a higher place on the list than they had before. The list will change, and films previously higher on the list that move down aren’t bad. There are simply more deserving films that are coming before them.”

If you’re an existing client of Excite Media, don’t worry! We’ll keep our eye on your rankings and make new updates accordingly as part of your ongoing SEO plan.

Talk to our team about how we could help you stay ahead of your competitors in the search engines. Contact us today!

Lee (aka “LeeMate”) brings over 10 years in digital marketing experience to Excite Media, with 4 of those years spent running his own digital agency. He loves all areas of digital marketing and has a knack for continuously finding optimisations that most people miss in your website or digital campaigns.

Google is now rolling out the May 2020 Core algorithm update